The day before yesterday, on the 24th of June: Projekt Krynicki. One poet, four of his poems, three composers and three world premieres of their works commissioned by the Malta Festival Poznań. While the music was still hatching, I wrote an essay for the programme book: about inspiration, writer’s block and other assorted joys and challenges of creativity.

It is not easy to be a poet. Let alone a composer. Especially today, when it is increasingly difficult (also for health-related and geopolitical reasons) to lean on Juda’s Cliff and look with concentration on battling waves. For the waves, as if out of spite, like to crash against the impotence plaguing artists who still shy away from being called artisans and are desperately seeking inspiration. It seems easier to find it in poetry, but one needs to be careful not to fall into one of the types of madness described by Plato and not to ride roughshod over the rules which still seem essential in the clever art of composing. Plato himself was quite a talented poet, and that is why his contemporaries were amazed by the vehemence with which he belittled poetry and, in a broader perspective, all manifestations of “mechanical” art, which included music, according to the ancient Greeks. In his famous dialogue Socrates tells the beautiful boy Phaedrus that “he who, having no touch of the Muses’ madness in his soul, comes to the door of poetry and thinks that he will get into the temple by the help of art” creates works born of reason, which are no match for the oeuvres of madmen seized by the furor divinus, oblivious to or even unaware of the existence of any rules governing poetry and the art of arranging sounds into cogent systems. Not to mention rules which must be observed by individuals shaping the civic community, Plato’s ideal state. It is better to stay away from those “inspired” men, at least in public life. This was incomprehensible to the Greeks, and, over two thousand years later, was the source of bitter lamentations of the Romantics, who cried over the fate of nymphs driven out of trees and springs by cold science and heartless philosophy.

It would seem that the era of bards is long behind us, that it is enough to commission a poet to write a specific number of pages of epigrams arranged in quatrains, and pay a flat rate for them a month after delivery of the work, and to sign a contract with a composer for a specific piece to be performed by a line-up available in the circumstances defined in the contract and when it comes to copyright on further performances – to come to some agreement later. Yet I know, also from my own experience, that some people get paralysed by the Rule of the Order of St. Deadline, while others – by Plato’s promise that an artist’s soul, provided it follows divine inspiration, has a chance to see something of the world of truth, and if it is consistent enough, it will not suffer as a result, even when it fails to meet all the deadlines. Pietro Aretino, the “the Scourge of Princes”, a lascivious bard praising the erotic life of courtesans, was no believer in the torments of creative work. He claimed that art required only an “inspiration, an inkwell, a quill and a clean sheet of paper”. Flaubert saw this differently, sitting for days on end with his head in his hands and trying to squeeze a word or two from his sluggish mind. 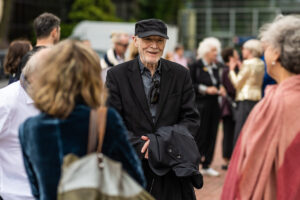 Sometimes it might seem that artists are suffering not from a lack but excess of inspiration. A composer reads a poem, picks out the noun “cat”, an image of a city or a notion of truth, and no longer knows how to stop his racing thoughts, what image or memory to use to spin a musical idea. One artist will be inspired by someone else’s or their own work from the past. Another will stare at an object that will bring to mind a poem and will combine the two inspirations. Yet another will get down to work after a long walk in the wilderness. There are those who will not compose a single bar without first discussing the matter with friends or colleagues. Others, when reading poetry, will see a completely different work of art. Some artists will link a poem to an anecdote, others will discover in it an element of their own biography. When writing down their music on a piece of paper or computer screen, composers are guided by a variety of emotions: they want to be amazed by their talent, to dig up some truth about the world, to repress a trauma or to coldly calculate what musical message will be the easiest for the audience to get and to be applauded.

Among them we will find meticulous maximalists as well as individuals to whom everything comes easy. The Rite of Spring apparently came to Stravinsky in his sleep: it sprang into being just like that, gathered in his head as if in a vessel and then flowed on its own. Mahler, who retreated to his hut on the shore of the Wörthersee in Carinthia in order to introduce the necessary corrections into the orchestration of his Symphony No. 8, decided, in a sudden surge of inspiration, to focus on a new piece, beginning it with the ninth-century hymn “Veni Creator Spiritus”. The initial idea to create a fairly traditional four-movement symphony quickly gave way to a concept of a work “so peculiar in its content and form that it is simply beyond description”. Three successive movements of the Symphony of a Thousand merged into a powerful, separate part based on the last scene of Faust. It would be naive to think that Mahler found his inspiration only in the Carolingian hymn and the finale of Goethe’s masterpiece.

Composers are generally reluctant to talk about their unborn musical children. Critics are not eager to write about works that are yet to acquire a sound form, to settle in their context, to be heard in a higher number of performances. My profession, too, is a variety of the mechanical techne, a reproductive craft which cannot exist without a work. But that work cannot do without inspiration either, inspiration drawn from sometimes surprising sources and associations. As I was writing this piece, there loomed over it the spectre of Bohumil Hrabal, who in Pirouettes on a Postage Stamp, a compilation of interviews with László Szigeti, said: “It’s always been my impression that ordinary people live much more intensely: people who keep rabbits, people who know how to hoe their own potatoes, go to their local, people who live quite ordinary lives; these folk get much more out of life than intellectuals. In other words, even in writing it’s been my endeavour to suppress the intellectual overlay. (…) an intellectual merely knows things, whereas the common man has experienced them profoundly, and experience, that’s the point from which I sail off on my voyage.” (Pirouettes on a Postage Stamp, p. 67, translation by David Short). 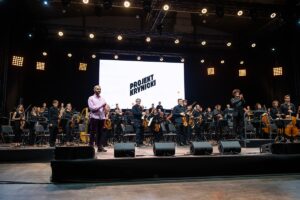 Before I began to write about music, I had experienced something very strange. During one of my first visits to Prague I walked into the U Zlatého Tygra inn and, looking for a seat, I ended up in a room at the back of the establishment. And there, at a long table, with his arms folded across his chest, sat Hrabal, silent. That day he was clearly in no mood for a conversation with any of the regulars. All other chairs had their backs leaning on the tabletop with two legs hanging in the air. The heartbreaking sadness of this scene, which for some reason I remember in black and white, will stay with me for the rest of my life. The rhythmic order of this composition just as inexplicably influenced my decision to become a music critic. Why did I remember this now? How should I know? Perhaps it’s because of Hrabal’s cats, God’s finest creatures, or perhaps it’s because no one believed my story and I had to ask myself: what is truth?

I read in the stage directions to Paweł Szymański’s sketch Two Poems by Ryszard Krynicki that “on the stage, close to its edge, equally distanced from the left and right, stands a rocking chair, facing the audience. Enters the Cat followed by two Mice. The Cat sits in the chair, assuming a comfortable and casual pose”. I delve into the score and I know that once again Szymański, who has never had any illusions about the reception of his work, will be right. “Someone might respond to my music in a way that is completely different from what I intended, in a way that may even be unthinkable to me, and yet be aesthetically satisfying,” he confessed in one of his rare interviews, which he avoids like the plague. During my first (failed) attempt to contact him professionally, some thirty years ago, I panicked and threw down the receiver, having heard a message on the answering machine: “This is an automatic speech identification system. Please leave a sample of your voice”.

As I read in the score of Aleksander Nowak’s Symphony No. 1 “Truth?”, “singing in the violins should be done by all performers, with their natural voices, in any octave they find the most comfortable”. I delve even deeper and I am no longer surprised that Andrzej Chłopecki has found traces of compositional “life writing”, so beloved by Hrabal, already in Nowak’s first pieces; that Nowak weaves seemingly banal elements of everyday life into the universal fabric of human existence; that he is peculiarly sensitive to the word; that what makes his music extraordinary are not only surprising harmonic textures, but also functions of the various voices in the score. 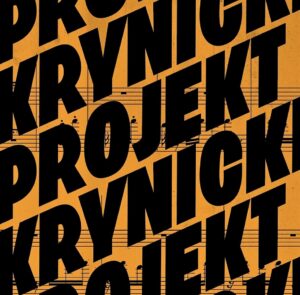 I read nothing in the case of Paweł Mykietyn, who, as usual, introduces an element of tension and does not reveal his sound installation ideas until the very last moment. I can only guess that the source of his inspiration is again a town where I and Mykietyn spent a substantial part of our lives, though not at the same time. A town where no one could shingle a roof as deftly as a certain bearded man with a leg in an orthopaedic boot who dried some strange herbs on his balcony. And in front of the shoe shop on the ground floor of the same tenement house, year after year, there were stalls where you could buy green poppy heads and unripe hazelnuts. A sleepy town which came alive only on market days, when dozens of carts driven by skinny jades would arrive in the market square. A town of regulars who were not enamoured of holidaymakers: they had their own enclaves, ate at the locals’ and sometimes went to buy fresh bread rolls, but very early in the morning, because by eight the baker’s was practically empty. Dogs would lie on the cobbles by the well. They all had owners but seemed stray. They liked it when we took them for a walk by the Vistula River. The locals would smile, seeing the pack of scruffy mongrels following us.

But perhaps am I wrong this time? If I am, then it is my problem. My favourite composers will bring me freshly caught musical fledgelings anyway.