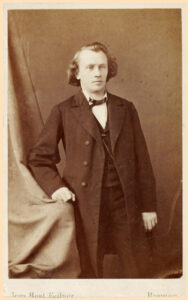 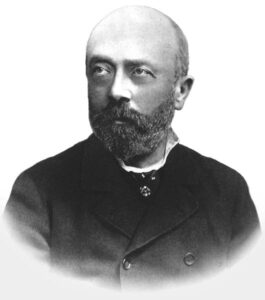 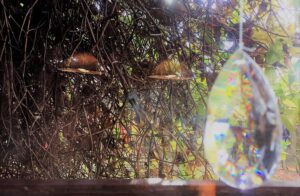 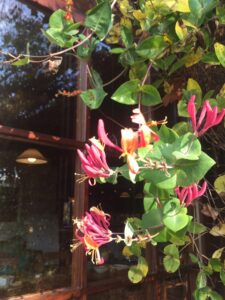 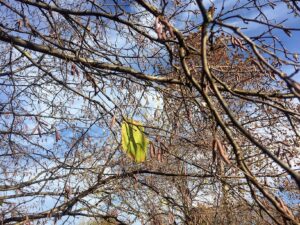 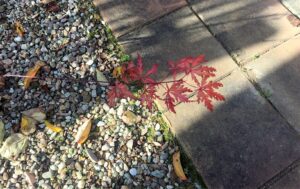 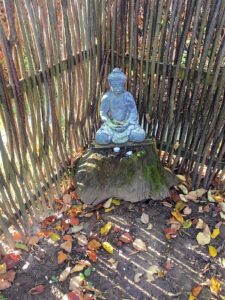 Gregor Joseph Werner failed in health quite early – ­ his body began to give up on him just after he turned sixty. This may have been caused by overwork, for Wener performed his duties as the Kapellmeister at the Esterházy court very conscientiously. He was hired by the regent Maria Octavia – rumour has it that this happened at the instigation of her seventeen-year-old son Pál Antal – who, seven years after the premature death of her husband József, decided to rebuild the musical stature of the family.

In 1728 Werner was welcomed as a herald of a new era for the House of Esterházy. A teacher of the young prince and a prolific composer – author of more than twenty oratorios and forty masses as well as symphonies, trio sonatas and a collection of “new and very curious” orchestral suites for the twelve months of the year – Werner raised the Eisenstadt Kapelle to European heights. Faithful to the late Baroque style almost as much as to his princely patrons, never for a moment did Werner suspect that anyone would undermine his position at the Esterházy court. And then that man arrived. A youngster who was not yet thirty, two generations Werner’s junior, endowed with extraordinary personal charm and even greater talent.

His name was Joseph Haydn and he arrived in Eisenstadt thanks to the patronage of his previous employer, the Bohemian Count Karl Josef Morzin, who had been forced to disband his orchestra in Dolní Lukavice for financial reasons. Prince Pál II Antal, nearly fifty and suffering from numerous ailments, decided that it was high time to follow in his mother’s footsteps and once again open a new era in the history of the Esterházy family. Out of respect for Werner, he kept him – at least formally – in his position and in 1761 appointed Haydn vice Kapellmeister of the court. He granted both men an annual salary of four hundred gulden, but gave Haydn considerably more responsibilities. From then on Werner was to compose only religious music. The old master was unable to swallow the insult. The conflict escalated a few months later, when Pál Antal died without an heir and the title was inherited by his younger and even more musical brother Miklós József Esterházy, who immediately raised Haydn’s salary to six hundred gulden a year.

Desperate, in October 1765 Werner decided to take action against his rival. He wrote a letter to His Royal Highness, politely informing him that Haydn was unable to control the musicians, was flinging money around, was not taking proper care of the instruments entrusted to him, was committing financial abuses and was an inveterate liar. There may have been something in these accusations, because the prince reprimanded his protégé, ordering him to keep the archives in order, be more active as a composer and concentrate on trios for viola, cello and baryton (the aristocrat’s favourite instrument, similar to the viol). Less than six months later Werner died. In 1766 Haydn became the court Kapellmeister, a new residence – the Esterháza, a palace described, without any exaggeration, as the Hungarian Versailles – was ceremoniously blessed in the town of Fertőd and the prince increased Haydn’s salary to eight hundred gulden a year.

It is better not to draw too rash conclusions from this story. Haydn was not only a great composer, but also an expert on human nature, a natural-born diplomat and, deep down, a righteous and good-natured man. He used the almost thirty years he worked in the service of the Esterházy princes to the advantage of both sides, strengthening the position of the aristocratic Kapelle and his own status as one of the most outstanding artists of the period. He did his job and at the same time gave in to the whims of the prince, whose love of the baryton was later replaced with a passion for opera and puppet theatre. The Kapellmeister did not hide his admiration for his frustrated predecessor Werner, arranging six introductions and fugues from his oratorios for a string quartet in 1804.

Haydn left the Esterházy court in 1790, after the death of Miklós, whose successor, Antal I, disbanded the orchestra, but granted the composer a life salary of one thousand gulden. When Johann Peter Salomon invited Haydn to England and offered him a contract to compose twelve symphonies, Haydn was a free man, bathed in enough glory to spend the last years of his life in Vienna, which he had used to hate so much.

It is also better not to succumb to the magic of the formula which emerged after the fall of the Bar Confederation and not to compare the Esterházy patronage to any of the initiatives of Polish magnates.

As an old adage would have it, Pole and Hungarian brothers be, but certainly not when it comes to artistic patronage, also because – perhaps above all – of different historical circumstances. When the founder of the family, Miklós Esterházy de Galántha, was building his position, he was doing so in a country torn between the Kingdom of Hungary, the Principality of Transylvania and lands seized by the Turks. He converted from Lutheranism to Catholicism, married twice into wealthy aristocratic Hungarian families, and in 1625 sided with Ferdinand II, Holy Roman Emperor from the House of Habsburg. The Habsburgs rewarded the Esterházy family’s contribution to the fight against the Ottoman invasion by elevating Miklós and his son Pál to the rank of palatine of the Kingdom of Hungary. The Esterházys remained loyal to the German dynasty during the Thirty Years’ War, the Napoleonic Wars and the Hungarian Spring of the Peoples. Their actions – unlike those of many Polish magnates – were not undone by the indelible stigma of high treason. The identity of modern Hungarians was forged in the course of a somewhat anti-romantic struggle for freedom: a struggle in which the imagined welfare of the community was often put before the tangible welfare of the individual. 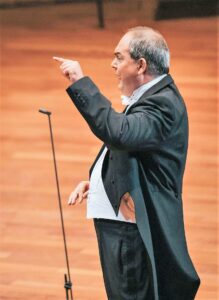 This was mentioned by the late Péter Esterházy, a descendant of one of the branches of the family and author of the novel Harmonia Caelestis, in which he intricately wove together a half-imagined history of his ancestors with a half-imagined history of Hungary. He subsequently had to add a supplement to the novel, having learned about his father Mátyás’ long collaboration with the Hungarian security services. It is worth returning to Esterházy’s book, if only in an unsuccessful attempt to understand the paradoxes that govern Hungary. I thought about it constantly during a recent visit to Budapest – as part of a trip organised for journalists by the Munich-based PR agency Ophelias Culture – to attend the first festival organised by the Haydneum, an institute recently established by the Hungarian government.

The objective of the Haydneum is to promote not Hungarian early music, but the oeuvres of composers associated with Hungary – above all, with the Esterházy court – in the Baroque, Classical and early Romantic periods. The generously funded activities of the institute are to include publishing, research as well as organisation of concerts, training courses and masterclasses – in international cooperation with distinguished specialists and representatives of the historical performance movement. The brains behind the venture is the conductor, harpsichordist and teacher György Vashegyi, founder of the Purcell Choir and Orfeo Orchestra, and for the past four years president of the Magyar Művészeti Akadémia, or Hungarian Academy of Arts. The artistic director of the Haydneum is Benoît Dratwicki, a cellist, bassoonist and musicologist, expert on eighteenth-century French opera, artistic director of the Centre de musique baroque de Versailles and co-founder of Palazzetto Bru Zane – Centre de Musique Romantique Française in Venice.

Performers at this year’s festival included – in addition to Vashegyi’s ensembles – Les Talents Lyriques conducted by Christoph Rousset, Capella Savaria conducted by Zsolt Kalló and the Freiburger Barockorchester. I was able to make it only to the first two days of the event, which – like the whole venture – I initially approached with reserve similar to that shown by Gregor Joseph Werner to the newly appointed vice Kapellmeister of the Esterházy court. The European art circles have for years been debating Article 10 of the new Hungarian constitution of 2011, which includes a worrying provision concerning the scholarly and artistic freedom of the Hungarian Academy of Sciences and the Hungarian Academy of Arts. According to its opponents, cultural institutions in Hungary have fallen prey to the government, becoming a tool of a new narrative managed by corrupt oligarchs, a narrative that is closed to the world, anti-liberal and anti-modernist. According to its supporters, the Hungarian state’s current cultural strategy prevents thoughtless squandering of funds on projects of slight artistic value but with a powerful propagandistic message – not to mention the fact that it effectively protects the autonomy of art against the designs of all kinds of politicos and unrealistic ideologues.

The truth probably lies somewhere in the middle, as in the case of the young Haydn, who did not always deliver the princely commissions as promised and sometimes abused his patron’s trust, but who managed his staff efficiently and undoubtedly knew what the composer’s craft was all about.

The co-founders and organisers of the Haydneum certainly know what the work of the newly established institution is all about: something that cannot always be said of those behind similar projects elsewhere in Europe. I had many opportunities to see evidence of their extensive knowledge combined with genuine passion: when reading the excellent programme book; during curatorial visits to the National Széchényi Library, the Museum of the History of Music and the Hungarian State Archives; and, above all, during unofficial discussions about the interpretation of works by Haydn, Werner and other artists associated with the court, about the acoustics, technical and architectural solutions of the opera theatre at Esterháza, about the need to find a compromise between a faithful reconstruction of the Fertőd palace and the needs of contemporary audiences. When talking to my Hungarian peers, I discovered that we had surprisingly similar memories of our first experiences with early music. 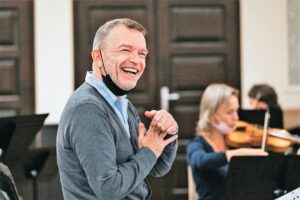 However, something stopped them in their tracks or perhaps pushed us too far ahead. During the first concert at Müpa Budapest – featuring works by Joseph and Michael Haydn, and Johann Georg Albrechsberger – I had the impression that the performance aesthetics of the Purcell Choir and Orfeo Orchestra were deeply rooted in the tradition of the pioneers of historical singing and playing. That their interpretations were very clever, but not experienced, that they lacked the spontaneity or even casualness of the Italians, the French and the more courageous among the Brits.

The following day we encountered a completely different world in the recently opened concert hall in a former Carmelite monastery. In Gregor Joseph Werner’s oratorio Job Les Talents Lyriques, led by Rousset, inspired the Hungarian choristers as well, making music freely yet precisely, with a perfect feeling for the composer’s late Baroque. I have the impression that with time these two worlds – listening friendly to each other for the moment – will start intermingling. Like in the Kapelle of the Esterházy princes, which attracted the best musicians from all over Europe for so many years.

After returning home I found myself right in the middle of the Polish storm, which almost blew my nightcap off my head, as it once happened to Haydn after a short visit to Vienna. I still don’t know what to think about the Hungarians’ cultural policy, but I do envy them the Haydneum idea.

Link to the source: