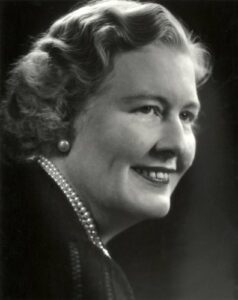 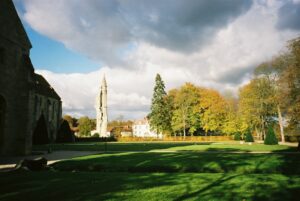 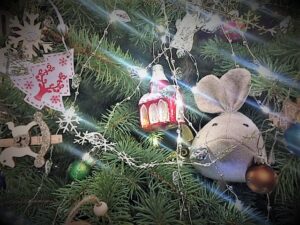 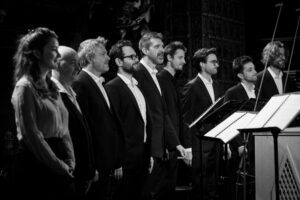 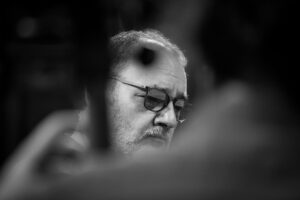 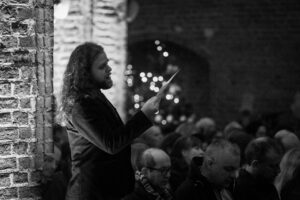 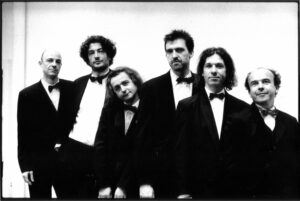 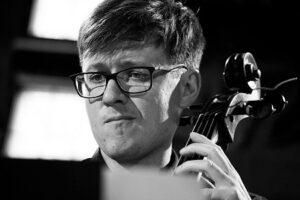 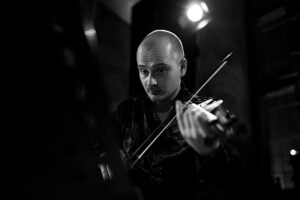 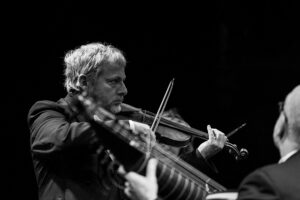 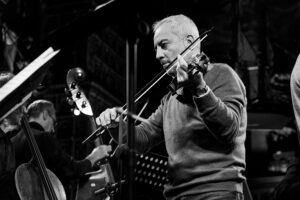 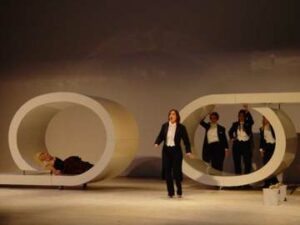 Psychiatrists compare the state of being in love with acute sexual psychosis. The prefrontal cortex begins to play tricks on us, the thyroid goes nuts, the body – even if exhausted – dips into its deepest energy reserves. The heart pounds like a hammer, the pulse accelerates, the blood pressure rises. Love activates centers in the brain associated with the so-called reward system. One never knows when it will happen and what hole in our life it will try to fill up. Longing for a non-existent sibling? For an equal intellectual partner? For a potential parent of our future children together? Or perhaps just someone who will drown out our fear of the world?

In the case of rejected, unfulfilled or disappointed love, the reward system ceases to function properly. Suffering appears that is comparable to acute mourning upon the death of someone truly close. Sadness, anger and a feeling of hurt sometimes turn into aggression – directed at oneself or against one’s surroundings. People who have not managed to satisfy their hunger for love, or feed it with something else, begin to fear their own feelings. This is well known to mature and experienced people, among them Israeli-American composer Chaya Czernowin, who has devoted her most recent opera – ambiguously entitled Heart Chamber – to one of the plagues of our time: fear of unexpectedly falling in love. 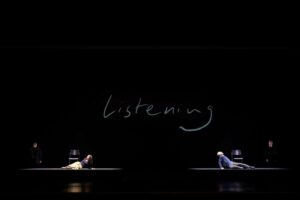 The story is apparently simple. A woman drops a jar of honey on the stairs. A man picks it up and gives it to the woman. Their hands touch for a moment. Something sparks between the two strangers. The narrative develops kaleidoscopically. We view the successive scenes as if in a quickly put-together film, in close-ups and at a distance, in dreams and retrospections, illustrating similar dreams, dilemmas and frustrations, but playing out separately: in the two realities of two frightfully lonely people.

There are two protagonists, and infinitely many voices. The sentences that the baritone He and the soprano She (Patrizia Ciofi and Dietrich Henschel, captivating in their subtlety and lyricism) articulate are accompanied by their inner voices, which often contradict the words spoken aloud (contralto Noa Frenkel and countertenor Terry Wey); a solo voice from offstage (Frauke Aulbert); and the voices of a 16-person chorus. Woven into the main vocal fabric of the composition, which is partially amplified and processed, is a searing double bass solo (Uli Fussenegger); the parts of the four instrumentalists comprising Ensemble Nikel and the orchestra, and complex live electronics superbly distributed in space (all under the baton of the dependable Johannes Kalitzke). The rich musical material has a slightly different structure than in Czernowin’s earlier works. The composer has called it Fluid Form/Fluid Identity – a fluid sonic identity that basically forms as unexpectedly as the feeling that arises between the two people. And indeed, the individual sonic threads alternatingly connect and disentangle, running backwards and across the narrative, sometimes disappearing into the background, only to again imperceptibly emerge from it.

Czernowin wrote the libretto of Heart Chamber herself and dedicated it to her husband, composer Steven Kazuo Takasugi. She broke it up into pieces like the voices in a polyphonic fabric, creating peculiar semantic clouds that speak to the hearer not so much in an ordered sequence of meanings, as in an arrangement of sonorities evoking the mood of the moment. An immeasurably interesting procedure, masterfully executed from a technical standpoint – but it would have gained in expressive power if the composer had decided to collaborate with an experienced librettist, or taken on some really good poetry. Because it is the text that has turned out to be the weakest link of Heart Chamber: full of tiresome repetitions, sometimes pretentious, sometimes glaringly pompous. 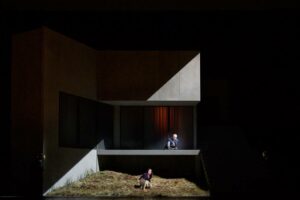 Maybe this is why I had the impression that Czernowin’s opera is a bit verbose. There was no way to avoid dramaturgical shortcomings – despite the superb performance and brilliant staging. I wrote about the recent première of Rusalka at Theater an der Wien, with Christian Schmidt (a regular collaborator of Claus Guth) responsible for the stage design, which in Vienna was unfortunately ‘married’ to the staging ideas of Amélie Niermeyer. In Berlin, I had the opportunity to find out how those ubiquitous steps, clumps of grass and Modernist spaces would play together with Guth’s concept. And I still cannot stop marveling: the video projections (authored by rocafilm) harmonised ideally with the music, every element of the stage gesture was literally breathtaking. Especially memorable for me was the scene in which She finally realised that she will not escape from her love – when Guth ‘played out’ the episode of picking up the dropped honey jar with another actor and no sparks flew. From that moment onward, viewers were sure that She would finally confess her love to Him. They did not expect that her declaration would fall into a theatrical void – that it would leave the narrative open, elliptical, confronted with the fears of viewers themselves.

I thought about all of these fears and frustrations before setting out for the new production of Lady Macbeth of Mtsensk at Oper Frankfurt. Shostakovich’s anathematised opera is treated today in terms of a ghastly harbinger of the Great Purge’s cruelty, ignoring the historical context of the libretto’s prototype – a short story published in 1865 by Nikolai Leskov, a detention officer in the city of Oryol on the Oka River, who wove personal experiences with prisoners and the circumstances of their inhuman transport to Siberian hell into his narrative. Stage director Anselm Weber – since two years ago intendant of Schauspiel Frankfurt, housed in the same building – has realised two excellently-received productions for the opera ensemble: Korngold’s Die tote Stadt and Wajnberg’s The Passenger.

In the case of The Passenger, he did not dare to go outside the context. In the case of Korngold’s opera, he gave his interpretation a distinct touch of German Expressionism, also visible in his concept of Lady Macbeth. Stage designer Kaspar Glarner set the whole in scenery bringing to mind associations here with the imagery of Fritz Lang’s films, there with some later dystopia – perhaps a post-apocalyptic vision of a new Russia that has had to go underground after a nuclear or environmental catastrophe. The narrative plays out in a stuffy, claustrophobic space – inside a closed dam? In the sarcophagus holding the fourth nuclear reactor at Chernobyl? In an atomic bomb shelter? It is difficult to determine, all the more to that the production team – clearly attached to their vision – decided to ignore the character drama playing out in the strictly-defined and characteristic circumstances. 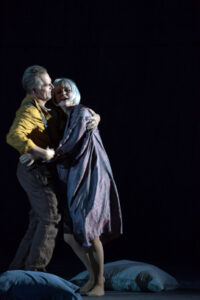 In Weber’s rendition, Katerina Izmailova is the empty, completely intellectually unattractive wife of an oligarch’s son. She is so bored that despite having Internet access, she finds comfort only in virtual reality. As is often the case with Russian oligarchs’ partners, she experiences her spleen in a peignoir, silver wig and high-heeled shoes. We don’t really know what she longs for: a clean natural environment that is no longer there, or a closeness that she has never experienced with anyone.

Despite everything, Weber’s staging draws attention: intriguing, though often at odds with the logic of character treatment; amazing in its attachment to minor details of the libretto (e.g. the rolling of the unfortunate Aksinya in a barrel), while also ignoring key elements of the text (above all, how did mushrooms, of all things, find their way into this bunker?). The stage director deftly set up a few gags, among others the little scene with the Village Drunk (the vocally and theatrically splendid Peter Marsh), who instead of his longed-for bottle finds the corpse of Zinovy. He was unable, however, to go beyond the trite metaphor of oppression and impossibility of escape. And that, literally: the procession of exiles trudges through the same space where Sergei seduced Katerina, in which Boris cruelly whipped the workman, in which policemen tormented the Local Nihilist teacher, who had been trying to find out whether a frog has a soul.

What suffered the most was the characterisation of the female protagonist. Katerina in the rendition of Anja Kampe does indeed inspire awe with her vocal artistry – the singer treats her cold, intonationally-secure soprano with equal intensity throughout the entire narrative. But she is disappointing in the one-dimensionality of her character: Izmailova is, after all, one of the most complex characters in the 20th-century opera literature, evolving from the naïve innocence of a village girl to the passion and determination of an erotically aroused woman, to the complete moral decay of a serial murderess whose perfidy, in the end, will even so be all in vain. Against this background, a better impression was made by Evgeny Akimov (Zinovy), and especially by Dmitry Golovnin in the role of Sergei – an egoistic compulsive seducer, endowed with an equally authoritative and repulsive-sounding spinto tenor. They were, however, decidedly eclipsed by Dmitry Belosselsky in the dual role of Boris and the Old Convict – a true Russian bass with a wide-open high register, dense in sound and phenomenal in terms of articulation. Also deserving of favourable mention were the performers of the secondary female roles: Anna Lapkovskaya (Sonyetka), making her Frankfurt debut with a sonorous, voluminous mezzo-soprano; and the velvet-voiced Julia Dawson in the sad role of Aksinya. 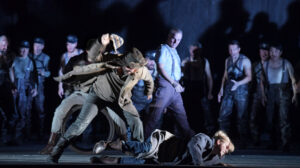 All of the deficiencies of Weber’s staging were recompensed with interest by Sebastian Weigle on the conductor’s podium. At least he fully understood the tragedy and grotesquery of this story – encapsulated in the heartbreakingly sensual role of Katerina, the vulgar tackiness of the episodes featuring the policemen, the ear-splitting crudeness of the sex and violence scenes, the paralyzing terror of the choruses from Act IV that bring to mind the most pessimistic passages from Mussorgsky’s Khovanshchina. And he had at his disposal his dependable ensemble, in which I don’t know what to admire more: the sonorous, sparkling brass, or the strings sobbing with a human voice in the interludes.

And so less than a week apart, I treated myself to two liminal experiences. Two operas that destroy one’s sense of security. Two operas about love that arouses panic-stricken fear. Maybe it’s a good thing that both production teams didn’t entirely succeed. Maybe the world is better than Shostakovich and Czernowin paint it.