Mussorgsky’s Boris Godunov has been more fortunate, all things considered. With a libretto based on Pushkin’s “Shakespearean” Romantic tragedy (which so pleased the author that in a letter to his friend Pyotr Vyazemsky he admitted that he had read it aloud to himself, clapped his hands and exclaimed, “What a Pushkin! What a son of a bitch!”) and referring to a generally less complicated episode from Russia’s history, it conquered the world’s stages over one hundred years ago and has stayed on them ever since despite numerous interferences by successive adaptors. Khovanshchina, composed at the same time as The Fair at Sorochyntsi, saw the light of day five years after the composer’s death – in a version by Rimsky-Korsakov, who, in fact, turned the whole score upside down. The opera reached Paris’ Théâtre des Champs-Élysées in 1913 with a new orchestration by Ravel and Stravinsky, or rather in a hybrid version, because Feodor Chaliapin, who sang Dosifey, insisted that “his” fragments be kept in Rimsky-Korsakov’s arrangement. Shostakovich’s version, most often presented today, had its premiere in 1960, at Leningrad’s Kirov State Academic Theatre of Opera and Ballet, which in 1992 returned to its original name and now operates as the Mariinsky Theatre. It was not until 1985 that Khovanshchina, with the libretto in Russian, found its way to the stage of the Metropolitan Opera, where it has been produced several times since. Four years later the Shostakovich version (with Stravinsky’s finale) was recorded by Claudio Abbado with the forces of  Wiener Staatsoper. 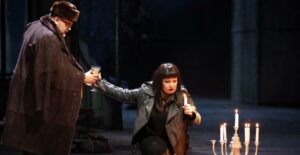 This makes the high number of productions of Khovanshchina at Milan’s La Scala all the more surprising. They began with the Italian premiere in 1926, followed by six more productions of the Rimsky-Korsakov version, two more – in 1981 and 1998 – of the Shostakovich version and the latest one, directed by Mario Martone and conducted by Valery Gergiev (the Shostakovich version but without Kuzka’s joyful song removed by Rimsky-Korsakov). It seems that Mussorgsky’s unfinished masterpiece is redeemed primarily by the music – in his original libretto the composer condenses events of several months, making the narrative understandable only to those familiar with the complicated history of the feud between the streltsy and the boyars. The action of the opera begins after the famous May Moscow uprising of the streltsy following the sudden death of Tsar Feodor in 1682. In the aftermath of the rebellion Ivan and Peter, two brothers of the deceased from two different marriages, were proclaimed tsars, with their elder sister, Sophia Alekseyevna Romanova, being made regent. Sophia, in fact, ruled the country for the following seven years, taking advantage of Ivan’s mental infirmity and Peter’s young age. In September the haughty and cruel Prince Ivan Khovansky – made commander of the streltsy for his services in putting down the rebellion – turned against Sophia and, hoping to gain the throne, demanded a revocation of Nikon’s reforms, which undermined the order of the Old Believers supporting him. The inconvenient Khovansky was pronounced a rebel and sentenced to death in absentia on 27 September – on the very same day he was captured with his son Andrey thanks to an intrigue of Feodor Shaklovity, a former scrivener raised by Sophia to the rank of a member of the Boyar Duma and, after the execution of the Khovanskys, appointed head of the Streltsy Department. Subsequent fate of the protagonists of Khovanshchina went along rather unexpected lines: in 1689, after Peter had deposed Sophia, the regent’s favourite, Vasily Golitsyn, an Occidentalist and “best educated man of his day”, was deprived of his functions and estate, and then exiled to Arkhangelsk. Shaklovity – after cruel tortures – was executed on 11 October. Power was seized by Peter the Great. Sophia was sent to the Novodevichy Convent in Moscow, where she spent the rest of her life in complete isolation – even the nuns had access to the former regent only for one day a year.

Khovanshchina is a dark opera, exposing the grimmest characteristic of the history of Russia – its dependence on an obtuse mob susceptible to all kinds of manipulation. It is a fresco about the collapse of an order of the world in which individuals, no matter how outstanding, are treated as pawns of no importance on the chessboard of history. Mario Martone, an Italian film director and screenwriter, gave it the status of a global catastrophe and as such illustrated it with images borrowed from post-apocalyptic cinema. His Milan staging – prepared in collaboration with the set designer Margherita Palli, costume designer Ursula Patzak and the brilliant lighting designer Pasquale Mari – features clear and visually beautiful references to Tarkovsky’s Stalker, Scott’s Blade Runner, Hillcoat’s The Road and von Trier’s Melancholia. From the very beginning the protagonists of the drama move in a space marked by a sense of doom. A black or grey sky hangs over everything; there is no Red Square, no streltsy quarters, no secluded monastery of the Old Believers in a pine forest. We have to decipher the relationships between the characters from codes closely linked to the present – which may cause some problems for viewers not familiar with the context of the work. However, the overall concept is fairly coherent and features several memorable images. For example, the Scrivener’s dillapidated motorbike loaded with lots of attributes of his trade – typewriters, old computers and outdated laptops – from which an illiterate mob tries to extract some information but has no idea how to use them. Or the magnificent ending to Act Four – beginning with Ivan Khovansky hunting birds and closing with the murder of the prince wearing a snow-white shirt and killed with his own gun to the sounds of village girls singing about a white swan. Or the finale, when the Old Believers are engulfed by the fire or a huge apocalyptic star which, “burning as it were a lamp, it fell upon the third part of the rivers, and upon the fountains of waters; and the name of the star is called Wormwood”.  Khovanshchina at La Scala ends with the breaking of the Seventh Seal, coming of the last days when God separates good from evil and sends death onto earth. Martone’s idea fits in well with the paradoxically hopeful finale of Shostakovich, who in his version returns to the opera’s opening theme of dawn on the Moskva River: star the Wormwood – or, perhaps, planet Melancholia from Lars von Trier’s film – heralds a “beautiful end of the world”, Good News about liberation from captivity.  The question is whether it fits in just as well with the overwhelmingly pessimistic vision of the composer.

Martone’s vision has its gaps and blunders, which, however, recede into the background when confronted with an awe-inspiring musical concept of the whole. Khovanshchina requires exceptional skill when choosing the cast: a singer to tackle the mighty part of Marfa with its Italian origins, three radically different low male voices and singers responsible for the three just as contrasted main tenor roles. The character of Andrey Khovansky’s abandoned fiancée was brilliantly portrayed by Ekaterina Semenchuk – a singer with a dark, meaty mezzo-soprano with a perfect command of dynamics (wonderfully ethereal pianos in the final scene when Andrey is led to the stake). Mikhail Petrenko represents an increasingly rare breed of singers who rivet attention from the very first stage appearance: despite very brief moments of insecure intonation and too wide vibrato, his Ivan Khovansky fully reflected the arrogance, stupidity and animal cruelty of the tragic boyar. Alexey Markov’s noble and, at the same time, ominous-sounding, slightly smoky baritone was perfect for Shaklovity’s demonic character. The beautifully rounded, soft and velvety bass of Stanislav Trofimov (Dosifey) brought to mind Feodor Chaliapin, who sang the role at the premiere of Khovanshchina at Saint Petersburg’s Kononov Hall.  Among the tenor voices the one I was impressed by the most was Maxim Paster (Scrivener) – a fine character singer, sensitive to every word and its place in a phrase. I wished for a bit more expressiveness in the role of Golitsin (Evgeny Akimov), especially in comparison with the passionate singing of Sergey Skorokhodov (Andrey), perfectly even across the registers. I was a little bit dissatisfied with the other female voices: Evgenia Muraveva’s soprano (Emma), slightly constricted at the top, and Irina Vashchenko’s instrument (Susanna), not very attractive in colour and intonationally insecure. 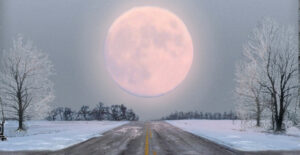 As should be expected, the main hero of the evening was the chorus – perfectly prepared linguistically by Alla Samokhotova, and delivering the text with perfect diction and phenomenal sense of phrasing. The bloodcurdling finale of Act III (the streltsy in a dialogue with old Khovansky) made me all the more frustrated that Mussorgsky did not manage to write the “small piece in the auto-da-fé scene” – I think that the hymn based on a traditional Old Believers’ melody, a hymn that was never written, would have sent us into raptures in this rendition. The orchestra under Gergiev sounded too aggressive at times; I also missed a thoughtful gradation of tension – in Act V, when everything should have screamed in pain and whispered in anguish, the narrative seemed to have got stuck and did not get its colours back until the last several dozen bars of the opera.  Yet this does not change the fact that such a finely honed and simply thrilling Khovanshchina would be hard to find even in Russia. Not to mention Poland, where Mussorgsky’s masterpiece was staged only once, exactly fifty years ago at Teatr Wielki in Poznań.

However, it would be unfair to put the blame for this on the directors of opera companies in Poland – a country whose motto has for decades been “we’ll get by somehow”. Khovanshchina is an opera about great impossibility, about history leading to nowhere. About waters that became wormwood, about people who died of the waters and will never be revived. Perhaps this is why Mussorgsky never finished it.